So I took this photo I like the other day which I’m pretty happy with.

I quite like it, and apparently someone else does ’cause I got a notification from Flickr that it had been favourited. 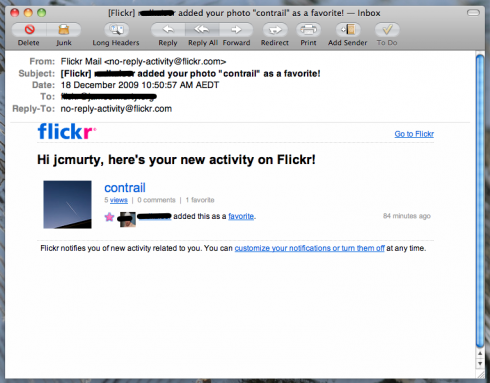 Cool I thought. I wonder how this user found my image and what it was that they liked about it.

So first I looked at Flick’s stats page for the image. 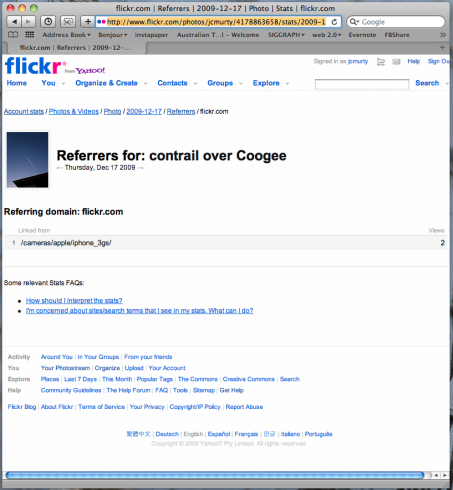 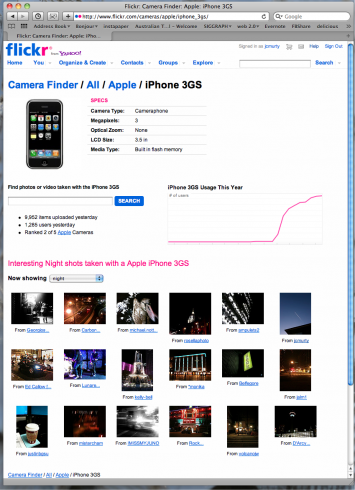 Alright I think, so what else has this this guy looked at? Is he on the market for a new iPhone maybe?

So taking a look at his favourites reveals… 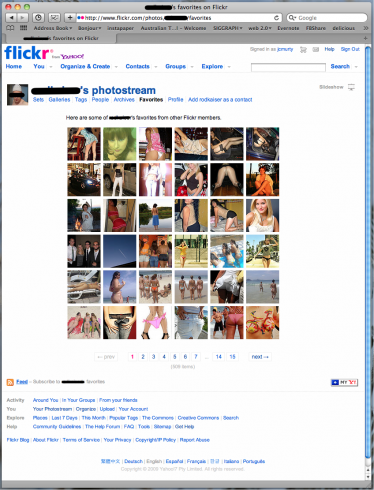 that he’s definitely… an ass man… pretty much every image — an ass — for page after page. All ass all the time apparently.

I guess my image looks a bit like an ass? If you tweaked the hue made it less blue more pink maybe? 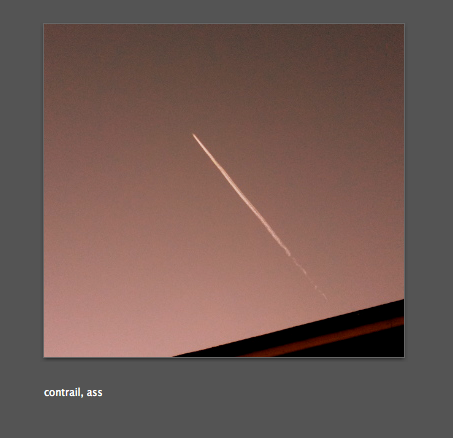 That doesn’t seem that likely… and after all it looks like he found my image after looking for iPhone images taken at night… maybe he’s on the market for an iPhone with which he can take his own images of asses? at night?

More power to you Night Assman.

I (heart) teh internets.

Today marked the start of Google Developer Day 2007. The first event
A new version of MarsEdit has just come out. Get it here.
So, this is cool. I was playing around with Flickr last night